The Prize “Carlo Maria Santoro” is awarded to the best paper presented by a non-tenured SISP member during the SISP Conference of the previous year. 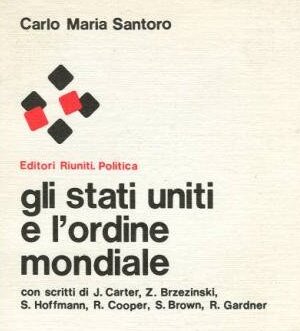 Born in Ancona in 1935, Santoro was professor of International Relations at the Faculty of Political Science of the State University of Milan and at Bocconi. He was also co-director of the scientific committee of the Italian Institute for International Political Studies (ISPI). His scientific contributions of a historical nature in the field of military studies and foreign policy are significant. He is the author of numerous essays, including “Il sistema di guerra” (1988), “L’Italia e il Mediterraneo” (1988), “La politica estera di una media potenza” (1991), “Il mosaico mediterraneo” (1992), “L’elmo di Scipio” (1992), “La perla e l’ostrica: alle fonti della politica globale degli Stati Uniti” (1997), “Occidente. Geoteoria dell’Europa” (1998), “Studi di geopolitica” (1998). He worked as a columnist for various newspapers, including “Il Giorno” and “Il Giornale”, but also for journals such as “il Mulino” and “Ideazione”. He was a member of the management committee of the periodicals “Relazioni Internazionali”, “Teoria Politica” and “European Security”.